James Bradley for US Senate California 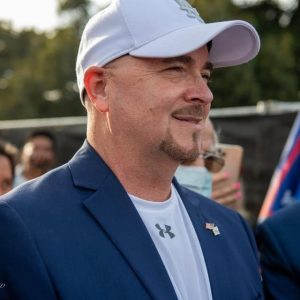 James Bradley announces his run for US Senate 2022 in California

Bradley is concerned about systemic problems in California which are provoking a mass exodus of people from the state. “We used to ma ke things in California. Not justmovies and tv shows, but computers, cars, clothing, you name it! We were home to the aerospace industry. Now we’re the home of the homeless. You don’t have to be one of Elon Musk’s rocket scientists to understand why.” The seat for which Bradley is running is currently occupied by Alex Padilla, who was appointed by Governor Gavin Newsom to serve the duration of the term, until the general election in November 2022.

Newsom is facing a popular recall campaign, fueled by anger over heavy- handedlockdowns, which have killed businesses large and small across the state.

Bradley believes that by creating a friendlier business environment, manufacturers will be incentivized to bring home production from overseas. “It’s time to end the war on business in this state!” exclaimed Bradley. “It’s time for us all to work together to launch our California renaissance.”

After the 2020 election, Bradley reached out to watchdog organization, Election Integrity Project California (EIP-Ca), and together with thirteen other Congressional candidates in California, filed suit against former California Secretary of State Alex Padilla and Governor Gavin Newsom for causing chaos last fall by removing all safeguards against election fraud by executive fiat. Bradley, EIP-Ca and the other Plaintiffs consider Padilla to be directly responsible for thousands of voting irregularities recorded by EIP-Ca volunteer observers all across California.

As a Coast Guard veteran, Bradley is particularly sensitive to the plight of veterans. “The VA in Los Angeles treats our disabled veterans no
better than disposable napkins, to be used and tossed aside.” Bradley has spent many hours listening to the stories of veterans who have
been systematically pushed out of housing at the West Los Angeles Soldiers Home to serve the agenda of political elites and their
supporters.

“They say absolute power corrupts absolutely. That’s the situation we have here in California. Our leaders should serve the people, not just
machine politicians and their cronies.”

Paid by James P. Bradley for US Senate Committee: C00674085. All Rights Reserved.

USE OF HIS MILITARY RANK, JOB, TITLES, AND PHOTOGRAPHS IN UNIFORM DOES NOT IMPLY ENDORSEMENT FROM THE DEPARTMENT OF HOMELAND SECURITY.